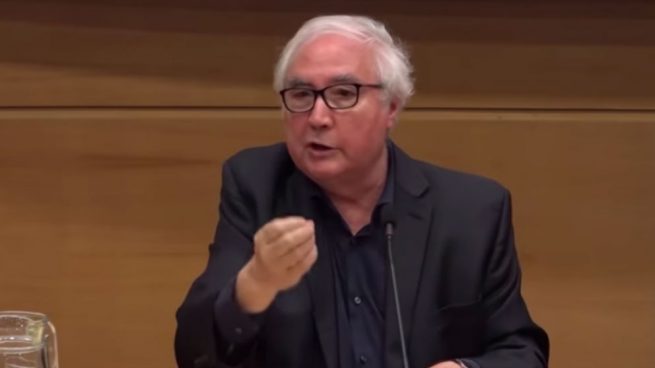 The key is not to hire less, but to increase the value of what is produced per hour workedThe issue is that we start from an economic structure that concentrates a large part of employment in traditionally low-productivity sectors, such as tourism, construction and commerce. These are the sectors that need to be modernized through better management of resources, without displacing employment. On the other hand, 99% of our companies are SMEs which, although they generally have low productivity, increase it rapidly when technology and skills are introduced. Thus, SMEs working in cooperative networks have a flexibility that gives them comparative advantages. This implies collaborative telematic networks and new generation entrepreneurs and workers.
The dilemma we face is whether to take advantage of the upturn to invest in a prosperous knowledge-based future. Or whether, on the contrary, we continue with the welfare routines that leave us at the mercy of the unpredictable global situation.

These minimum criteria referred to by the Minister are included in the draft Royal Decree on the creation, recognition, authorization and accreditation of universities and university centers, which the Government plans to approve in the second quarter of 2021. Among them, it highlights that universities will have to offer 10 Bachelor’s degrees, 6 Master’s degrees and 3 PhD programs in at least 3 of the 5 major branches of knowledge.
«The requirements we have set are absolutely minimal in terms of international standards», defends the minister, who justifies this future regulatory imposition to the fact that there is «a speculative wave of investment funds in the higher education market», which make education «a commodity» with the «lowest cost and the highest possible profit». However, he warns that not all private universities, such as Deusto or Navarra, are part of this group.
In his opinion, the problem lies in the fact that part of the teaching staff has been «hired in desperation» by the universities «using formulas that were not intended for that», such as the associate professor. «There are many associate professors who pay them 500 euros per month and of these there are quite a few. We have not managed to know exactly how many, because it is very difficult. The information is very opaque, but we know that there are thousands, not dozens», reveals the minister.

Countdown to the negotiation table between the generalitat and the

The healthcare collapse spreads to the economy. And from there to the world economy. To production dependent on global production chains, to consumption, with decreasing demand due to confinement and fear of the future, to investment, despite the Fed’s 0% interest rate because uncertainty is absolute, and to the commodities markets, with prices at rock bottom, especially oil, because Russia and Saudi Arabia chose this moment for a suicidal downward duel. Which would be fine with us if we could not travel.

Manuel castells: «if this government collapses, which it won’t

The sociologist Manuel Castells (Hellín, Albacete, 1942) is one of the star additions to the coalition government, a name of international prestige for a portfolio with little power – the competences are transferred – but of great influence. Pablo Iglesias and Ada Colau caused astonishment to the socialists because, due to his profile and influence, Castells could well have been a PSOE proposal. With him, the Government incorporates one of the minds that has best reflected the transformation of digital societies.
Everyone knows that I knew him before. I met him from an article in La Vanguardia, which I titled El valor de Pedro Sánchez in which I explained what happened. About our conversation on the beach of Santa Monica -which was not the soirees of Benicarlo but the matins of Santa Monica-, he asked me to be in the book. He told me that he wanted me to talk about our meeting and our conversation. I have spent my life close to great political leaders of different countries and I am absolutely discreet. It helps me to understand politics in the first person. That is why there are two pages in the book about that conversation. But that is all that is known and all that will be known. Now and also when I leave the Government. It is a personal relationship, a friendship, and it is not a mystery that the fundamental reason why I am in the Government is him. Although it was not him who proposed me, it was Ada Colau, and I try to do my best to respond to the hope that Ada Colau placed in me. But my personal trust in Pedro Sánchez is an essential factor in my acceptance to participate in the Government.