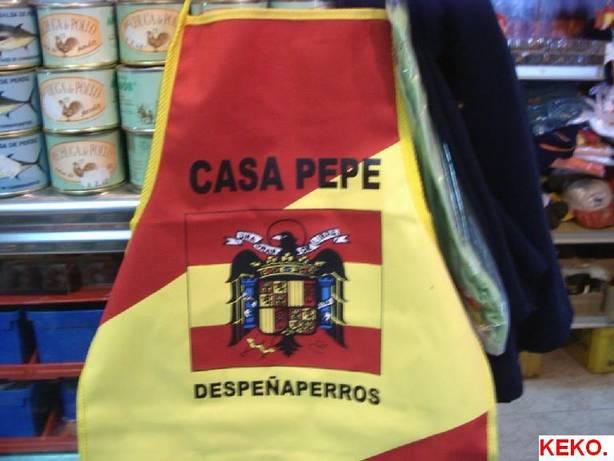 The innkeeper was known for his ultra-right, racist and sexist outbursts and had turned a roadside bar in this town of 800 inhabitants into a Francoist museum in which fascism and dictatorship are exalted. In fact, there are countless pre-constitutional flags and portraits of Franco and José Antonio Primo de Rivera populate the walls of the premises, which lives outside the Historical Memory Law.
Navarro explained that the initiative to name a street in the district of Venta de Cardenas after his father came from the Neighborhood Association of the neighborhood. He also stressed that his father, who died in 2013, «treated everyone well, no matter who they were», and was dedicated to giving work to people and to offer «a good product and service» in Casa Pepe.
Meanwhile, the mayor of Almuradiel, María Asunción del Moral, has assured that from her position she will fight to remove the name of the street because «it makes no sense» that this neighbor, who died in 2013, has this recognition in the town.

Similarly, he stressed that his father, who died in 2013, «treated everyone well, no matter what,» and was dedicated to giving work to people and to offer «a good product and service» in Casa Pepe.
«This person to me deserves all the respect, but I do not see that he has recognition by naming a street,» said the first mayor, who recalled that this neighbor, in addition to «apology» of Franco and Hitler, «spoke of the woman had to be in the kitchen».
María Asunción del Moral has stressed that in the plenary session in which this tribute was approved, two of the three councilors of the PP participated and both voted in the affirmative; so the decision went ahead thanks to the abstention of the two councilors of Ciudadanos.